You can read this article in French or in Spanish.

Doctor Diallo also holds a degree from Sciences Po Paris and a postgraduate degree in international law from the University of Paris-Sorbonne. He has completed marathons and ultramarathons on each of the seven continents: Antarctica, Africa, North America, South America, Asia, Europe and Oceania.

Dr. Diallo has run barefoot on the six continents where we can—and should—walk and run without shoes during all or some seasons of the year, which is not the case in Antarctica.

Dr. Diallo switched in 2015 to barefoot running and discovered that, while running prevents chronic diseases, strengthens our immune system and keep us fit and healthy, running with bare feet is the efficient way not only to regain control of our brain and prevent pain and running injuries, but also to become smarter and ward off Alzheimer’s disease and other dementia.

Dr. Diallo keeps learning languages, because that’s the best way to get to know and understand more humans, and friendly connect with them, instead of ignorantly and stupidly hating or despising them. At the end of the day, we should bear in mind that our languages, our cultures, our BMI, our GDP, our melanin density, etc., may be different, but we’re the same people. Have we become Homo stultus or are we still Homo sapiens? —That is the question! 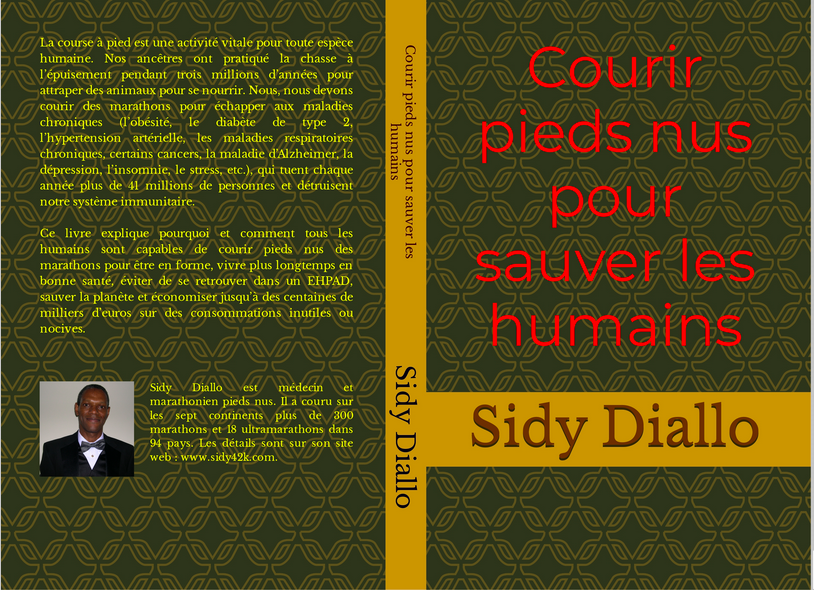