Dr. Sidy Diallo completed his 104th barefoot marathon without experiencing any pain, injury or fatigue, where Abebe Bikila did not finish his last marathon, because of a serious injury.

I completed my 104th barefoot marathon in Mexico City, i.e. where, due to a serious injury,  Abebe Bikila had to drop out of the 1968 Olympic Marathon, which sadly turned out to be his last marathon. After Abebe Bikila ran barefoot the 1960 Olympic Marathon, won the race and broke the world record, without experiencing any pain, injury or fatigue, sponsors convinced him to run with their sneakers. The resulting injuries forced him to stop running prematurely. Wikipedia explains:

“Abebe did not finish the Zarautz International Marathon in July 1967. He had injured his hamstring, an injury from which he would never recover. In July 1968, he traveled to Germany for treatment. Abebe returned in time to join the rest of the Ethiopian Olympic team training in Asmara, which has an altitude (2,200 m or 7,200 ft) and climate similar to Mexico City. Abebe entered the October 20 Olympic Marathon. Abebe had to drop out of the race after approximately 16 km (10 mi). This was Abebe’s last marathon appearance.”

In other words, his running career ended in Mexico City. Sadly, like him, many shod runners have to stop running because of injuries.

What’s more, I had the great pleasure to pose for photos and do the lovely Mexico City Marathon with Pies Descalzos Ernesto Nava and other amazing guys and girls proudly dressed in indigenous outfits, including a woman who told me while we were inside the Chapultepec Park that running barefoot is a great way to connect with the energy of Pacha Mama (Mother Earth). What a wise statement!

I saw later in the finish zone the usual scenes of shod runners sitting or lying on the ground with pain or injury, although long-distance running is meant to be a painless and injury-free experience, especially on safe terrains such as asphalt or concrete. 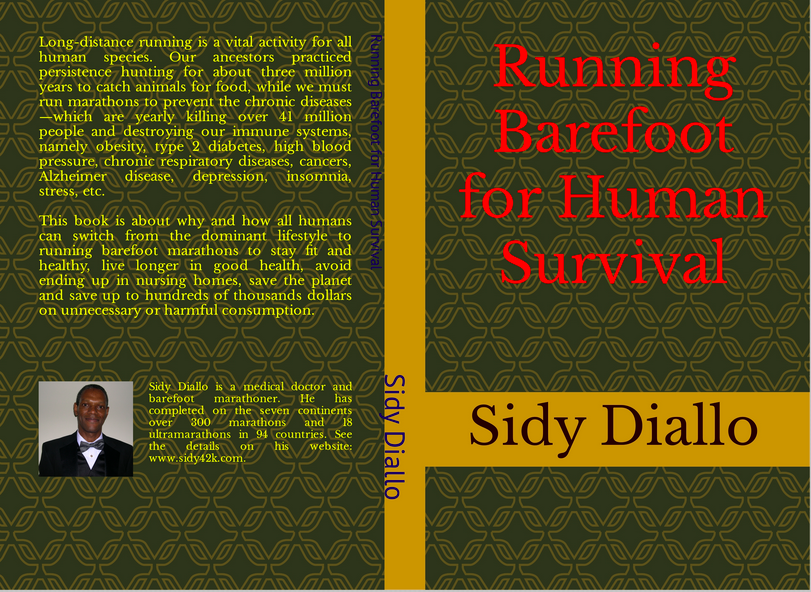